what I learned as a father from the Astros cheating scandal 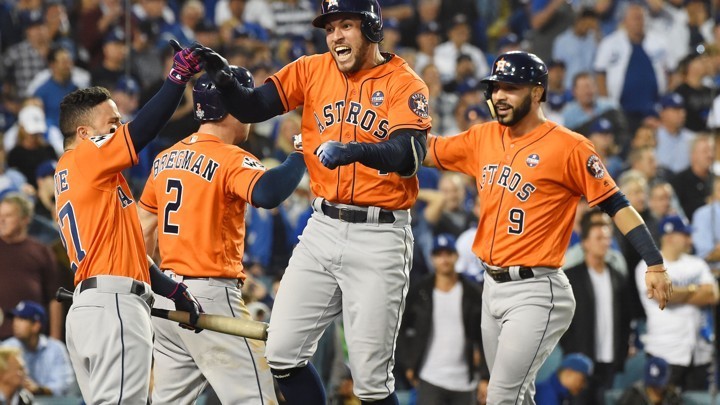 When we moved to Houston over a decade ago, my lifelong baseball allegiance to the Cubs was challenged. As much as I wanted to cheer for the hometown team--who were as big a losers as the Cubs during that time--I couldn't entirely get on board. It got easier when the Astros moved to the American League. After all, what were the chances that both of these miserable teams would ever be playing each other in the World Series? As you can imagine, 2016 and 2017 were pretty fun years in our home with the Cubs and Astros winning back to back. Wow! Who would have ever thought such a thing could happen? Certainly not me!

But the sweetness of those victories is tainted now with the revelation of widespread cheating by the Astros. Though only managers were fired and a paltry fine levied against the team, the entire team is implicated. Names that became household words for their amazing gameplay and skills are now forever tarnished as cheaters and men of little integrity. Jose Altuve, Alex Bregman, Carlos Correa, Yuli Gurriel, Josh Reddick, George Springer, Justin Verlander...gentlemen, you are cheaters. You are not role models for my children. You are as fallible as the rest of us, no doubt, and you've fallen farther than most from the pedestals you were placed on. And that sucks because it seems like you are all otherwise pretty decent guys.

What did all of this teach me, especially as a father?

"Cheaters never win..." My father taught me this adage and his father taught him before that. It was one of the first lessons we all learned on the Elementary School playground and one that guided us all growing up as a simple lesson in morality and doing what is right. I can't teach that to my children any more because the cheaters did win and they retained their title as champions even after everyone learned of their deception. The lesson from our culture now is that cheating pays off and it pays off big.

"It's not whether you win or lose, it's how you play the game..." Another old saying that seemingly no longer applies. Growing up, my coaches drilled this into our heads--winning wasn't everything or the only thing. Playing the game with integrity, respecting your opponents, trying your hardest, humility, and learning from your losses were all valuable parts of sports as I was growing up. Now those lessons no longer matter. In our culture, how you play the game is irrelevant. It is only about whether you win or lose.

Your heroes will disappoint you. The guys I named above, along with the rest of the roster, are all human. They are as imperfect as the rest of us. But unlike most of us, as celebrities, they are in the position to have potentially great impacts on society. All of these men had the opportunity to repent of their wrongdoings. All of these men had the chance to show they were men of integrity. Any of these men could've come forward at any time. But none of them did. Even now, what do we hear from them but silence. Disappointing. Very disappointing. Yet people will continue to hold these gents up as amazing role models, even when they aren't.

People will rationalize the inexcusable to support something they love. Since the scandal broke, I've packed up my Astros stuff and put it in the closet. I refuse to wear it. If this scandal affected a handful of guys on the team, I would feel differently, but it doesn't. The entire team knew, went right along with it, and participated in the cheating to win, compromising the game that they love and their own reputations. One of the most striking things to me has been the unflinching support from the community, who also cares little about anything except wins and losses. There are Park and Rec league coaches and players all across America with more integrity and commitment to the spirit of their games than the Astros. No one cares about the former, and no one dares utter a truthful word about the latter.

As with most things in our society, people will stop talking about this in about two minutes. The season will start and go on with hardly another word.

Psalm 73 has always been true, but the older I get, the more I experience its reality. Lord, have mercy on us...even on the games we love.