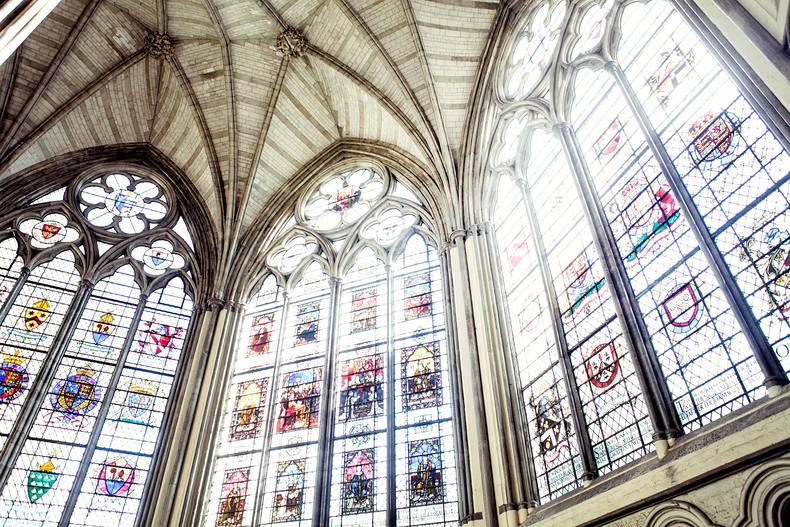 Since the end of the 1950s, American Christians across the entire denominational spectrum have been enamored with 'relevance,' most commonly touted as a means by which to keep youth in the church and attract the unchurched. At its best, this goal was pursued to make Christianity more understandable to outsiders. At its worst, the Church has chased relevance out of her insatiable appetite (at least in America) to be liked and treated kindly by secular society.

On the left, among progressives, relevance was sought at the expense of historic theological beliefs, which were jettisoned over the course of several decades, one after another, in what was little more than an American embrace of Enlightenment thinking that gutted the European Church many years before. Cardinal tenets of the faith were discarded and replaced by 'baptized' versions of whatever secular cause or ideology sophisticates were touting at the time from a materialist only view of the universe to Marxist political thought to sexual 'liberation' to critical race theory--with many stops in between. The progressives desperately wanted to be seen as intellectual and cultural heavyweights, deserving of being taken seriously by an increasingly secular and hostile society. What remains today among the vast majority of Mainline churches are dying congregations with little regard for Christ or his message, hemorrhaging membership at the national level while individuals slowly die off like their aging members. The trend is clear from looking at membership levels in the Evangelical Lutheran Church in America, the United Methodist Church, the Presbyterian Church (U.S.A.), and others.

On the right, among conservatives, relevance took the form of contemporary music, praise bands, and practical preaching, all designed to make Christianity more understandable and 'cool' to outsiders. What started in places like California and Chicago spread across the United States until even once-liturgical churches were singing songs that sounded like second-rate copies of the Billboard Top 40 and hearing sermons that were largely indistinguishable from what one might watch on Dr. Phil or Oprah. Whereas the progressives craved the affirmation of academia, conservatives longed to be accepted by more hip sections of society, like the nerdy kid seeking to be taken in the by the cool kids on the playground. Over time, fed a steady diet of vapid music and 'baptized' self-help tips, Evangelicalism has bred multiple generations with no more depth, substance, or seriousness than a teenage girl's Instagram. The fallout of these efforts is seen in the collapse of worship and doctrine in historically unique denominations into a plain vanilla amalgam that is a uniquely American form of Christianity--enamored with blessing while rejecting trials, infatuated with feelings over against doctrine, and focused on excitement while disdaining reverence.

Both of these efforts are failures.

Can we all agree that the pursuit of relevance has failed? Can we admit that chasing after the attention of either the cultural elites or pop culture has taken us far afield from the historic Christian faith to something that--on both poles--would be entirely recognizable to our spiritual forefathers? Can we admit that we have bowed down to an unbiblical, cultural idol instead of worshiping our Triune God in fear and trembling?

We need to change. We need to repent. We need to return to faith handed down from the apostles to our grandparents. We need to heed the call of Jeremiah who proclaimed from the Lord, “Stand at the crossroads and look. Ask about the ancient paths. Ask where the good road is. Walk in it, and you will find rest for your souls" (Jeremiah 6.16 EHV).

Photo by Jenny Marvin on Unsplash