Luther on war as God's work

and whether or not Christian's may serve 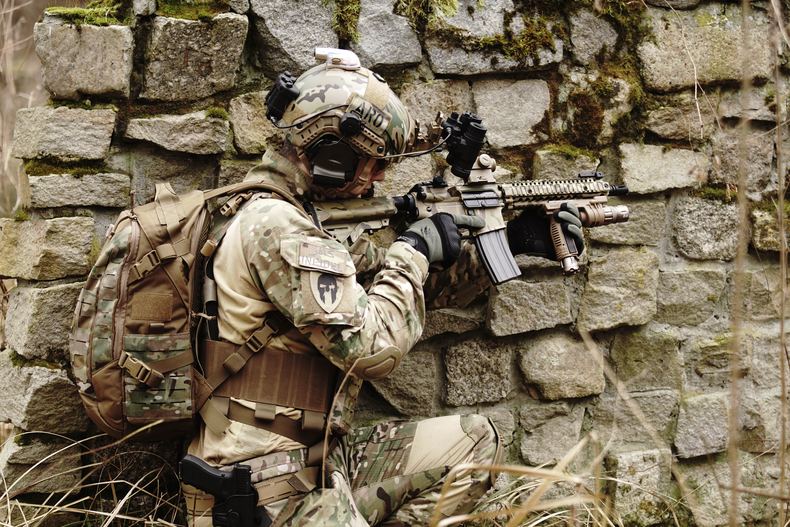 What men write about war, saying that it is a great plague, is all true. But they should also consider how great the plague is that war prevents. If people were good and wanted to keep peace, war would be the greatest plague on earth. But what are you going to do about the fact that people will not keep the peace, but rob, steal, kill, outrage women and children, and take away property and honor? The small lack of peace called war or the sword must set a limit to this universal, worldwide lack of peace which would destroy everyone.

This is why God honors the sword so highly that he says that he himself has instituted it [Rom. 13:1] and does not want men to say or think that they have invented it or instituted it. For the hand that wields this sword and kills with it is not man’s hand, but God’s; and it is not man, but God, who hangs, tortures, beheads, kills, and fights. All these are God’s works and judgments.

To sum it up, we must, in thinking about a soldier’s office, not concentrate on the killing, burning, striking, hitting, seizing, etc. This is what children with their limited and restricted vision see when they regard a doctor as a sawbones who amputates, but do not see that he does this only to save the whole body. So, too, we must look at the office of the soldier, or the sword, with the eyes of an adult and see why this office slays and acts so cruelly. Then it will prove itself to be an office which, in itself, is godly and as needful and useful to the world as eating and drinking or any other work.

Photo by Specna Arms on Unsplash