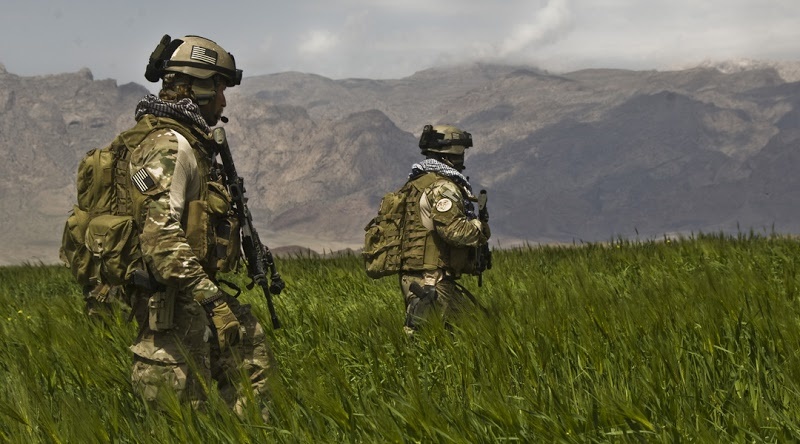 The motto of the U.S. Army Special Forces (aka. the "Green Berets") is legendary. Historically, this has been understood as meaning "to free from oppression." Unfortunately, the DoD and Army have decided that freeing the oppressed and doing what is right is not as important as tolerating horrendous and indefensible "cultural" behavior from our Afghan "allies."

For those unaware, Martland--a combat decorated Special Forces soldier--is being involuntarily discharged from the Army, allegedly in retaliation for roughing up a member of the Afghan Local Police accused of raping a young boy and then beating the boy's mother. According to Martland, such culturally-acceptable behavior was rampant among local officials and routinely went unpunished. In fact, though the soldier-bureaucrats in D.C. deny it, some Afghan veterans have reported that they were ordered to essentially turn a blind eye to such atrocities in the name of furthering cooperation with the locals.

The Army's behavior is the epitome of cowardice and moral repugnance.

Rape and sexual abuse are two of the biggest problems facing the U.S. military today. Sadly, hardly a month goes by without some scandal breaking and bringing dishonor on our military. The case of Sgt. Martland, I would argue, is far worse than these others insofar as the individuals who attempted to stand up for justice, international law, and common decency were punished while the perpetrators are still free to continue their disgusting pedophilia urges in the name of what is "culturally" acceptable.

Sgt. Martland's discharge is an indelible mar on the honor of military service and smack in the face of every solider who has ever proudly worn the De oppresso liber insignia.