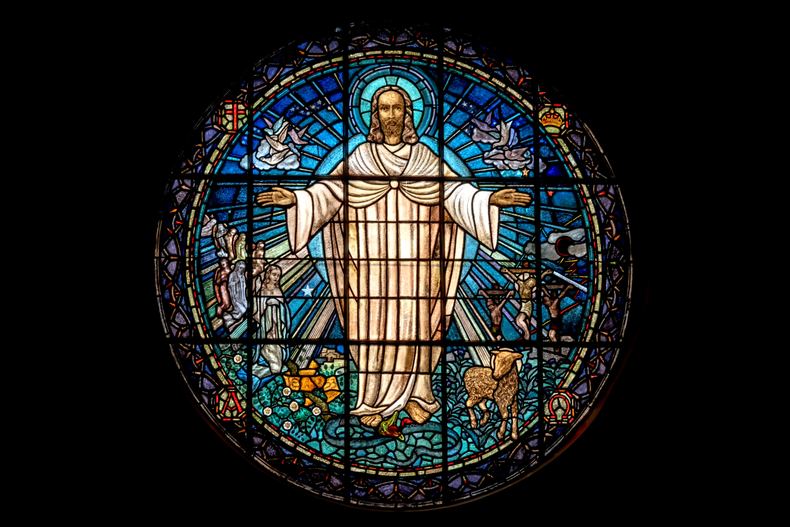 O GOD, who, in the glorious Transfiguration of thy only-begotten Son, hast confirmed the mysteries of the faith by the testimony of the Fathers, and who, in the voice that came from the bright cloud, didst in a wonderful manner foreshow the adoption of sons: Mercifully vouchsafe to make us co-heirs with the King of his glory, and bring us to the enjoyment of the same; through the same they Son, Jesus Christ our Lord, who liveth and reigneth with thee and the Holy Ghost, one God, world without end. Amen.

Now after six days Jesus took Peter, James, and John his brother, led them up on a high mountain by themselves; and He was transfigured before them. His face shone like the sun, and His clothes became as white as the light. And behold, Moses and Elijah appeared to them, talking with Him. Then Peter answered and said to Jesus, “Lord, it is good for us to be here; if You wish, let us make here three tabernacles: one for You, one for Moses, and one for Elijah.”

While he was still speaking, behold, a bright cloud overshadowed them; and suddenly a voice came out of the cloud, saying, “This is My beloved Son, in whom I am well pleased. Hear Him!” And when the disciples heard it, they fell on their faces and were greatly afraid. But Jesus came and touched them and said, “Arise, and do not be afraid.” When they had lifted up their eyes, they saw no one but Jesus only.

Now as they came down from the mountain, Jesus commanded them, saying, “Tell the vision to no one until the Son of Man is risen from the dead.”

And His disciples asked Him, saying, “Why then do the scribes say that Elijah must come first?”

Jesus answered and said to them, “Indeed, Elijah is coming first and will restore all things. But I say to you that Elijah has come already, and they did not know him but did to him whatever they wished. Likewise the Son of Man is also about to suffer at their hands.” Then the disciples understood that He spoke to them of John the Baptist.

In the Old Testament, the Lord appeared to Moses and spoke through his other prophets, including Elijah. Here, Jesus appears alongside these two Old Testament giants, demonstrating that he is the fulfillment of the Law and the Prophets...that is, the true fulfillment of the entire old covenant. Here we see a glimpse of his true glory, that which shall be revealed fully to us only in the age to come.

This glory that drove Peter, James, and John to worship in fear and trembling should no less drive us to our faces in reverent worship (Heb 12.28-29)

This is the glory that all who are joined to Christ through baptism and faith will share with him!