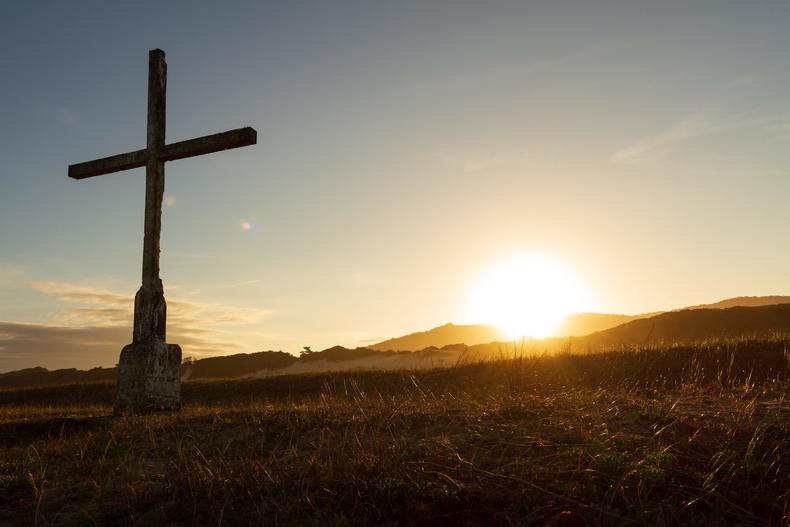 WE beseech Thee, Almighty God, look upon the hearty desires of Thy humble servants, and stretch forth the right hand of Thy Majesty to be our defence against all our enemies; through Jesus Christ, Thy Son, our Lord, who liveth and reigneth with Thee and the Holy Ghost, ever one God, world without end. Amen.

When a strong man, fully armed, guards his own palace, his goods are in peace. But when a stronger than he comes upon him and overcomes him, he takes from him all his armor in which he trusted, and divides his spoils.

He who is not with Me is against Me, and he who does not gather with Me scatters. “When an unclean spirit goes out of a man, he goes through dry places, seeking rest; and finding none, he says, ‘I will return to my house from which I came.’ And when he comes, he finds it swept and put in order. Then he goes and takes with him seven other spirits more wicked than himself, and they enter and dwell there; and the last state of that man is worse than the first.” And it happened, as He spoke these things, that a certain woman from the crowd raised her voice and said to Him, “Blessed is the womb that bore You, and the breasts which nursed You!” But He said, “More than that, blessed are those who hear the word of God and keep it!”

Jesus is accused of doing evil deeds when he, in fact, is doing the opposite. It is the ultimate irony that the Son of God should be accused of being in cahoots with Satan. Unfortunately, the hearts of his accusers were hardened against God's true work of freeing from bondage to sin and the Devil. Whether they truly could not see that or willfully denied it, St. Luke does not tell us.

What we do see clearly, though, is that Jesus, the stronger man, came to overpower the strong man (Satan) and rid him of his armor and power--sin and death--destroying it by the 'armor' of the cross.

To us, to the world, and to Satan,on the surface the cross is anything but armor, strength, and victory. It is weakness, foolishness, and defeat. Easter reminds us that our perceptions are clouded and incorrect. As he has done so many times throughout Scripture and history, God turns the world on its head, bringing victory out of seeming defeat, wisdom out of seeming foolishness, and strength out of seeming weakness. Thanks be to God!