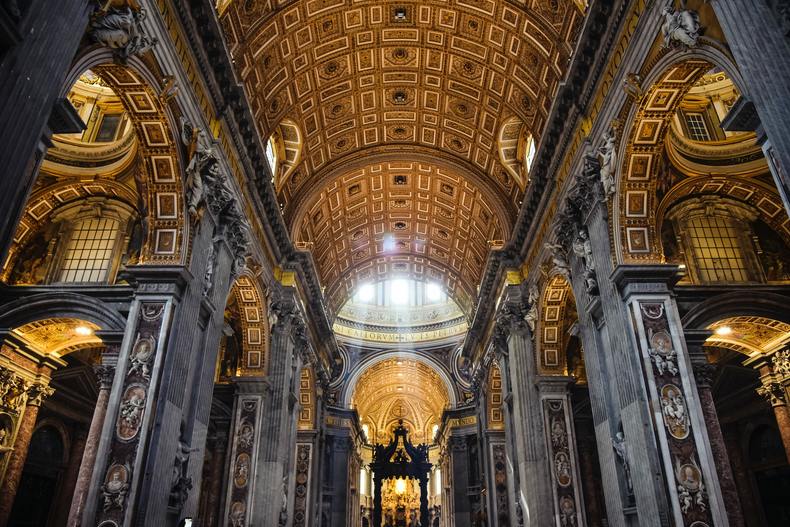 LORD, we beseech Thee, give ear to our prayers, and lighten the darkness of our hearts, by Thy gracious visitation; Who livest and reignest with the Father and the Holy Ghost, ever one God, world without end. Amen.

And when John had heard in prison about the works of Christ, he sent two of his disciples and said to Him, “Are You the Coming One, or do we look for another?”

Jesus answered and said to them, “Go and tell John the things which you hear and see: The blind see and the lame walk; the lepers are cleansed and the deaf hear; the dead are raised up and the poor have the gospel preached to them. And blessed is he who is not offended because of Me.”

‘Behold, I send My messenger before Your face,
Who will prepare Your way before You.’

The disciples of John the Baptist saw signs that witnessed to the Messiah's coming, yet still they doubted and questioned. Was Jesus really the one for which Israel had long hoped? Was he the fulfillment of the multitude of promises stretching back across the words of the prophets to God's first promise of a Redeemer in Genesis 3?

Jesus' answer may seem cryptic to us but only because we have such poor knowledge of the Old Testament. Giving sight to the blind, healing the lame and deaf, and raising the dead were all listed by Isaiah as signs associated with the coming Messiah. Jesus isn't being cryptic. In fact, he's being as clear as if he presented a checklist from the Old Testament showing how well he did was was foretold the Christ would do.

As Jesus listened to and enlightened John's disciples by his word and presence, so we pray this week he will continue to do the same. And he will, because he has promised it. If we seek him, we will find him--in his word and sacrament--the very places he has graciously promised we would find him.

Photo by Zane Lee on Unsplash