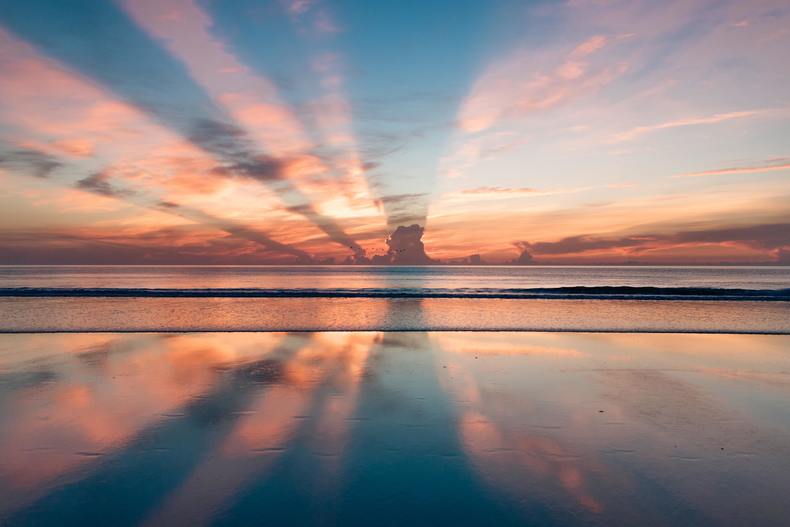 GRANT, we beseech Thee, Almighty God, that we, who for our evil deeds do worthily deserve to be punished, by the comfort of Thy grace may mercifully be relieved; through our Lord and Saviour Jesus Christ who liveth and reigneth with Thee and the Holy Ghost, ever one God, world without end. Amen.

After these things Jesus went over the Sea of Galilee, which is the Sea of Tiberias. Then a great multitude followed Him, because they saw His signs which He performed on those who were diseased. And Jesus went up on the mountain, and there He sat with His disciples.

Now the Passover, a feast of the Jews, was near. Then Jesus lifted up His eyes, and seeing a great multitude coming toward Him, He said to Philip, “Where shall we buy bread, that these may eat?” But this He said to test him, for He Himself knew what He would do.

Philip answered Him, “Two hundred denarii worth of bread is not sufficient for them, that every one of them may have a little.”

One of His disciples, Andrew, Simon Peter’s brother, said to Him, “There is a lad here who has five barley loaves and two small fish, but what are they among so many?”

Then Jesus said, “Make the people sit down.” Now there was much grass in the place. So the men sat down, in number about five thousand. And Jesus took the loaves, and when He had given thanks He distributed them to the disciples, and the disciples to those sitting down; and likewise of the fish, as much as they wanted. So when they were filled, He said to His disciples, “Gather up the fragments that remain, so that nothing is lost.” Therefore they gathered them up, and filled twelve baskets with the fragments of the five barley loaves which were left over by those who had eaten. Then those men, when they had seen the sign that Jesus did, said, “This is truly the Prophet who is to come into the world.” Therefore when Jesus perceived that they were about to come and take Him by force to make Him king, He departed again to the mountain by Himself alone.

In the Old Testament, God provided food for his people during their wilderness wandering. In this account, Jesus--the true bread from heaven--again provides food for the people in the wilderness. While we may not be prone to connect the two, the Early Church clearly saw a connection with significance.

The five barley loaves signify the five books of Moses, that is, the whole law which gives as it were a coarser type of food.… But the fish signify good food attained through the fishermen, that is, the more delicate books of Christ’s disciples. Within the latter, there are two distinct types, the preaching of the apostles and the proclamation of the evangelists, which shine forth among us.

To provide a brief explanation: the five loaves are understood as the five books of Moses; rightly they are not wheat but barley because they belong to the Old Testament. For you know that barley was created in such a way that one can scarcely get to its kernel. For this kernel is clothed with a covering of husk, and this husk is tenacious and adhering, so that it is stripped off with effort. Such is the letter of the Old Testament, clothed with the coverings of carnal mysteries; but if one gets to its kernel, it feeds and satisfies. And so a boy was carrying five loaves and two fishes. If we should seek to know who this boy was, perhaps he was the people of Israel, carrying the loaves and fish with a childlike understanding and not eating of them itself. For those things that it was carrying, when kept shut, were a burden, but when opened, were food. Moreover, the two fish seem to us to signify those two sublime personages in the Old Testament who were anointed to make holy and rule the people, the priest and king.

We shouldn't let such a widespread and accepted interpretation scare us off. After all, this same God, from whom we pray for mercy and comfort in this week's collect, also provides us everything we need in body and soul for this life and forever. Thanks be to God.

Photo by Ravi Pinisetti on Unsplash