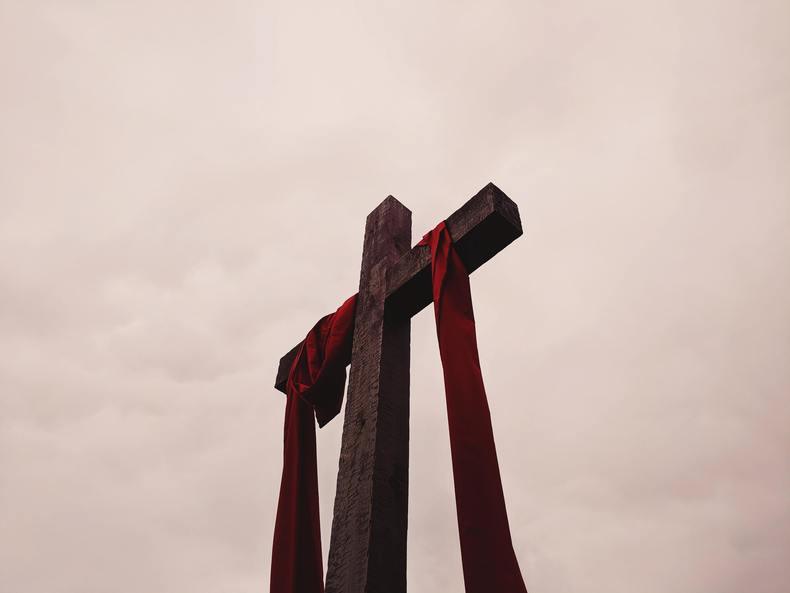 Grant, we beseech Thee, Almighty God, that we who have celebrated the solemnities of the Lord’s Resurrection, may, by the help of Thy grace, bring forth the fruits thereof in our life and conversation; through the same Jesus Christ, Thy Son, our Lord, who liveth and reigneth with Thee and the Holy Ghost, ever one God, world without end. Amen.

Then, the same day at evening, being the first day of the week, when the doors were shut where the disciples were assembled, for fear of the Jews, Jesus came and stood in the midst, and said to them, “Peace be with you.” When He had said this, He showed them His hands and His side. Then the disciples were glad when they saw the Lord.

Now Thomas, called the Twin, one of the twelve, was not with them when Jesus came. The other disciples therefore said to him, “We have seen the Lord.”

And after eight days His disciples were again inside, and Thomas with them. Jesus came, the doors being shut, and stood in the midst, and said, “Peace to you!” Then He said to Thomas, “Reach your finger here, and look at My hands; and reach your hand here, and put it into My side. Do not be unbelieving, but believing.”

And Thomas answered and said to Him, “My Lord and my God!”

And truly Jesus did many other signs in the presence of His disciples, which are not written in this book; but these are written that you may believe that Jesus is the Christ, the Son of God, and that believing you may have life in His name.

In the midst of the disciples' unbelief (not only Thomas'), Jesus comes, creating, strengthening, and nourishing faith. In addition, he brings his peace, which is better understood not simply as the absence of conflict but as the reality of shalom, one of the great gifts of the Old Covenant that is continued and fulfilled in the New. Shalom is much more than peace and includes wellness, wholeness, well-being, health, completeness, safety, harmony, fulfillment, rest, quiet, and restored relationships with God and others. What a tremendous blessing! What a fruitful gift of grace!

Though we sometimes think of ourselves as second class disciples, since we don't see Jesus incarnate as the early disciples did, we see at the end of this passage that we have the presence of the Word in the word, exactly as he planned. More than this, we have the very special, unique presence of Christ with us in his body and blood in the Supper. These create faith, bring forgiveness, and sustain us...bringing peace (shalom) into lives that are marked by uncertainty, fear, anxiety, pain, mourning, and the like. Thanks be to God!

(I am going to start adding something to each Sunday's collect contemplation--one of the rich hymns of our Christian faith that goes with the theme of the day. Especially during the last year of isolation and trial, I have tried to emphasize the importance of hymnals and hymnody in our personal devotions, so this is the logical progression of that notion. I don't plan to add obscure hymns, but ones that I think all Christians should be familiar with, as vessels both to praise and serve to teach the faith.)

O sons and daughters of the King,
whom heavenly hosts in glory sing,
today the grave has lost its sting.
Alleluia!

That Easter morn at break of day,
the faithful women went their way
to seek the tomb where Jesus lay.
Alleluia!

An angel clad in white they see,
who sat and spoke unto the three,
"Your Lord has gone to Galilee."
Alleluia!

When Thomas first the tidings heard
that some had seen the risen Lord,
he doubted the disciples' word.
Lord, have mercy!

At night the apostles met in fear;
among them came their Master dear
and said, "My peace be with you here."
Alleluia!

"My pierced side, O Thomas, see,
and look upon my hands, my feet;
not faithless but believing be."
Alleluia!

No longer Thomas then denied;
he saw the feet, the hands, the side.
"You are my Lord and God!" he cried.
Alleluia!

How blest are they who have not seen
and yet whose faith has constant been,
for they eternal life shall win.
Alleluia!

Photo by Alicia Quan on Unsplash