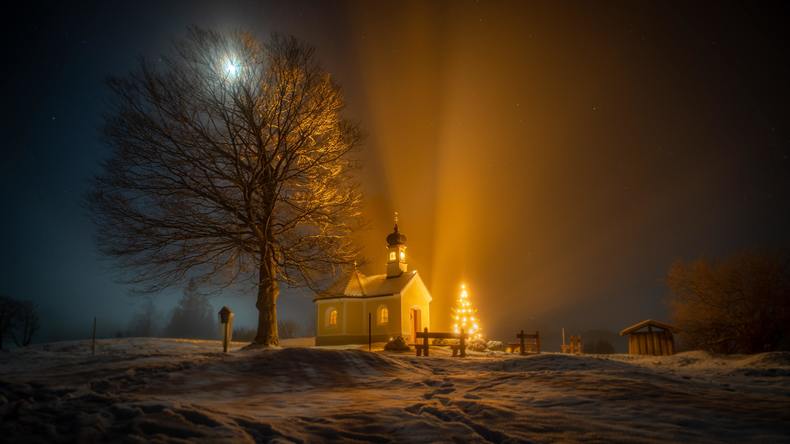 O GOD, Who by the leading of a star didst manifest Thy Only-Begotten Son to the Gentiles; Mercifully grant, that we, who know Thee now by faith, may after this life have the fruition of Thy glorious Godhead; through the same, Thy Son, Jesus Christ our Lord, who liveth and reigneth with Thee and the Holy Ghost, ever one God, world without end. Amen.

Now after Jesus was born in Bethlehem of Judea in the days of Herod the king, behold, wise men from the East came to Jerusalem, saying, “Where is He who has been born King of the Jews? For we have seen His star in the East and have come to worship Him.”

When Herod the king heard this, he was troubled, and all Jerusalem with him. And when he had gathered all the chief priests and scribes of the people together, he inquired of them where the Christ was to be born.

So they said to him, “In Bethlehem of Judea, for thus it is written by the prophet:

‘But you, Bethlehem, in the land of Judah,
Are not the least among the rulers of Judah;
For out of you shall come a Ruler
Who will shepherd My people Israel.’ ”

Then Herod, when he had secretly called the wise men, determined from them what time the star appeared. And he sent them to Bethlehem and said, “Go and search carefully for the young Child, and when you have found Him, bring back word to me, that I may come and worship Him also.”

When they heard the king, they departed; and behold, the star which they had seen in the East went before them, till it came and stood over where the young Child was. When they saw the star, they rejoiced with exceedingly great joy. And when they had come into the house, they saw the young Child with Mary His mother, and fell down and worshiped Him. And when they had opened their treasures, they presented gifts to Him: gold, frankincense, and myrrh.

Then, being divinely warned in a dream that they should not return to Herod, they departed for their own country another way.

The celebration of Epiphany is more than just a celebration of the arrival of the wise men to visit the young Jesus. An epiphany, by definition, is a revealing, a manifestation, a disclosure. The Epiphany is the revealing, manifestation, and disclosure that the coming Messiah is not just the Savior of the Jewish people but the Savior of all mankind. The magi were Gentiles, after all, not Jews. Jesus is not only the Redeemer of the ancient nation of Israel but the Redeemer of the new Israel, his church. The revelation of the birth of Christ to them is the invitation for all people to worship the newborn king and place their faith in him alone for salvation.

Dear brothers and sisters, rejoice! The true light, which gives light to every man has come into the world. This Messiah has come, lived, died, and rose again for you!

Photo by andreas kretschmer on Unsplash