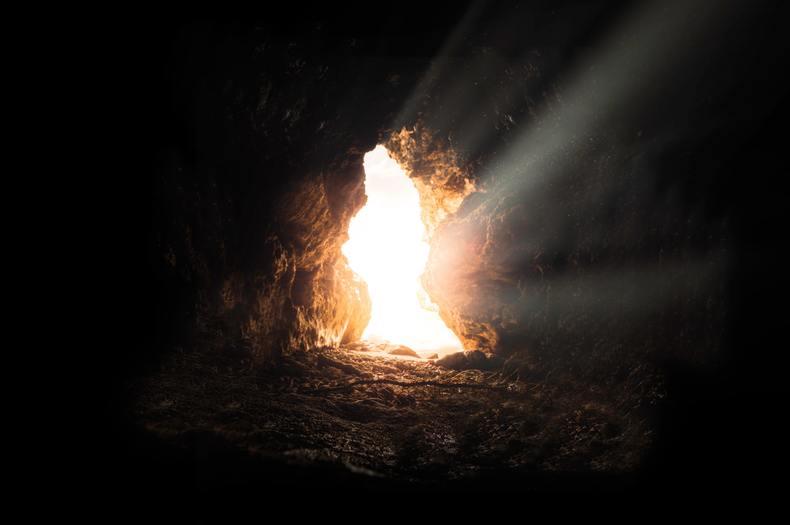 Christ is risen! He is risen indeed! Alleluia!

Almighty God, Who, through Thine Only-Begotten Son, Jesus Christ, hast overcome death, and opened unto us the gate of everlasting life; We humbly beseech Thee, that, as Thou dost put into our minds good desires, so by Thy continual help we may bring the same to good effect; through Jesus Christ our Lord, who liveth and reigneth with Thee and the Holy Ghost, ever one God, world without end. Amen.

Now when the Sabbath was past, Mary Magdalene, Mary the mother of James, and Salome bought spices, that they might come and anoint Him. Very early in the morning, on the first day of the week, they came to the tomb when the sun had risen. And they said among themselves, “Who will roll away the stone from the door of the tomb for us?” But when they looked up, they saw that the stone had been rolled away—for it was very large. And entering the tomb, they saw a young man clothed in a long white robe sitting on the right side; and they were alarmed. But he said to them, “Do not be alarmed. You seek Jesus of Nazareth, who was crucified. He is risen! He is not here. See the place where they laid Him. But go, tell His disciples—and Peter—that He is going before you into Galilee; there you will see Him, as He said to you.” So they went out quickly and fled from the tomb, for they trembled and were amazed. And they said nothing to anyone, for they were afraid.

Instead of my own words today about the unfathomable gift God has given us in Easter, here is one of the most famous homilies of all time, John Chrysostom's Easter homily, which is still read around the world in Orthodox churches on Easter/Pascha. It is brief but powerful and unequaled.

Let all pious men and all lovers of God rejoice in the splendor of this feast; let the wise servants blissfully enter into the joy of their Lord; let those who have borne the burden of Lent now receive their pay, and those who have toiled since the first hour, let them now receive their due reward; let any who came after the third hour be grateful to join in the feast, and those who may have come after the sixth, let them not be afraid of being too late; for the Lord is gracious and He receives the last even as the first. He gives rest to him who comes on the eleventh hour as well as to him who has toiled since the first: yes, He has pity on the last and He serves the first; He rewards the one and praises the effort.

Come you all: enter into the joy of your Lord. You the first and you the last, receive alike your reward; you rich and you poor, dance together; you sober and you weaklings, celebrate the day; you who have kept the fast and you who have not, rejoice today. The table is richly loaded: enjoy its royal banquet. The calf is a fatted one: let no one go away hungry. All of you enjoy the banquet of faith; all of you receive the riches of his goodness. Let no one grieve over his poverty, for the universal kingdom has been revealed; let no one weep over his sins, for pardon has shone from the grave; let no one fear death, for the death of our Saviour has set us free: He has destroyed it by enduring it, He has despoiled Hades by going down into its kingdom, He has angered it by allowing it to taste of his flesh.

Lastly, one of my favorite Easter hymns...

Love’s redeeming work is done,
Fought the fight, the battle won;
Lo! the Sun’s eclipse is o’er;
Lo! He sets in blood no more.

Lives again our glorious King;
Where, O Death, is now thy sting?
Dying once, He all doth save;
Where thy victory, O Grave?

Soar we now where Christ hath led,
Following our exalted Head:
Made like Him, like Him we rise;
Ours the cross, the grave, the skies!

Hail, the Lord of earth and heaven!
Praise to Thee by both be given;
Thee we greet triumphant now;
Hail, the Resurrection Thou!